Video Codec: Here’s What You Need to Know 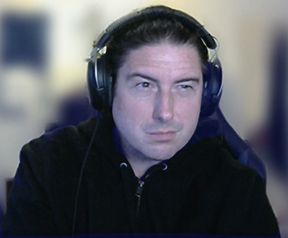 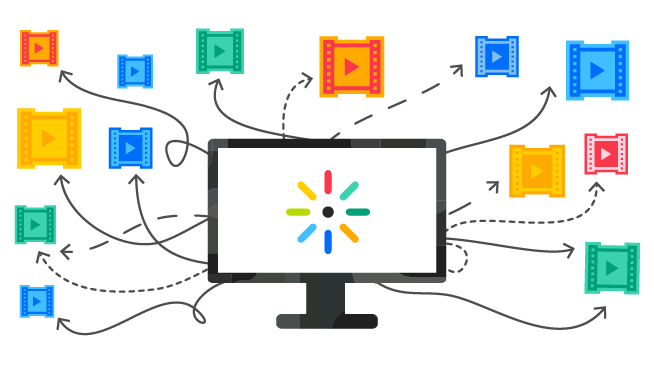 Video codecs have come up around here before, usually as a part of a larger conversation about transcoding and streaming. However, if you’re looking to learn the ins and outs of video codecs, now’s your chance! This article is going to take a deep dive into the video codec, what it is, what it does, and what some of the most popular current solutions are. Continue through below for the full picture, or skip over to the subhead that’s most relevant to what you want to know.

What is a Video Codec?

Let’s start at the beginning: “Codec” is a portmanteau word combining “encoder” and “decoder” (or possibly “compressor-decompressor”). So, a video codec is a hardware or software that compresses and decompresses digital video, to make file sizes smaller and storage and distribution of the videos easier. Additionally, codecs are used to optimize files for playback. At the most basic level, a video codec applies an algorithm that compresses video files into a “container format.” When the video files are transported (particularly across the internet) the codec decompresses them so they’re suitable for viewing.

Video codecs are essential to the process of video streaming; no codecs, no streaming media, as they say. The concept may sound familiar from some of our other posts about streaming media, compression, and comparing software vs. hardware encoders. However, a codec is distinct in that it must be able to do BOTH compression and decompression. Codec technology is essential and involved every step of the way in creating, editing, and delivering digital video.

As a broad note, there are two essential types of video codec: “lossless” and “lossy” –based on how exactly original captured image data is reproduced after decompression. A camera, for instance, may shoot with a lossless codec. But let’s keep in mind uncompressed audio and video files are huge, making them challenging to store and transport. 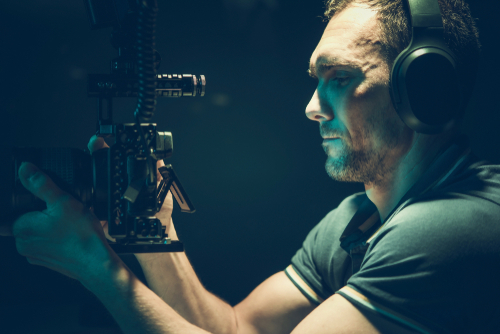 For purposes of video streaming, you’ll virtually always be using lossy codecs because they lower the data rate, so we won’t cover lossless codecs much here. But fear not! “Lossy” codecs are good actually, because they are capable of delivering both high-quality video and reasonable data rates; the objective of a good delivery codec is to provide the best quality deliverable possible so that viewers will never miss any data “lost” in the compression process. The data thrown out is generally considered unnecessary.

In addition, lossy and lossless video codecs, a distinction should be made between a capture codec (something your camera might use), an editing codec (something that’s optimized for video or photo editing), and a deliverable codec (the codec dictating the settings of the content an end-user watches).

Designated “delivery” codecs for streaming include H.264 (as mentioned, this is a key one), WMV, VP6(…and up), and several others. Old-timers (!!!) might also remember hearing about codecs such as MPEG-2, which is used for DVD/Blu-ray, broadcast, and satellite, or even “film” delivery codecs such as the Apple ProRes 422 family and DNxHD/DNxHR. With that, we’ll move on to discuss the most commonly used video codecs of the current day. For a deeper technical look at video codecs, particularly how they affect video encoding, you can also check here. 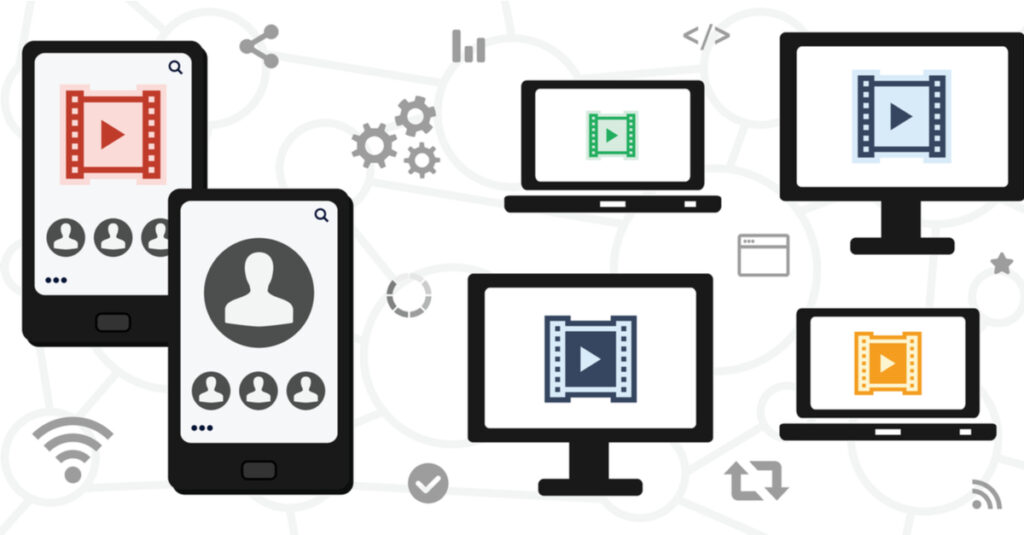 MPEG coding standards, which have been the most popular standards for video codecs, were originally invented in the 1990s to compress analog videos. (“MPEG” refers to the Moving Picture Experts Group who developed the standards.) We’ve come a long way since then!

In 2021, and most likely the immediate future, the most commonly used video codec by far (and especially for streaming) is H.264/AVC, often referred to as just AVC or H.264. (It may also sometimes be referred to as H.264/MPEG-4, or MPEG-4 AVC.) It’s versatile, provides quality video, avoids many concerns surrounding royalties, and can play on nearly any device. While H.264 is not the newest codec in the land, it’s certainly been the most widely adopted. The fact that it’s an older codec also explains all its different names: the codec was standardized by both MPEG and the International Telecommunication Union around 2002, and over time multiple codec developers have created versions of the codec. Hopefully, these details clear up any confusion–at least well enough for a high-level overview.

Regarding that mention of “royalties”: There are potential licensing fees associated with video codecs and commercial use. While that’s not the focus of this piece, it’s something to be aware of. Similar to the competition among streaming protocols, concerns over licensing have both slowed adoption of, and driven innovations in, certain video codecs.

Below you’ll find a breakdown of the most relevant video codecs for 2021 to 2022, and a bit more information about innovations and rivalries moving the video codec field forward. 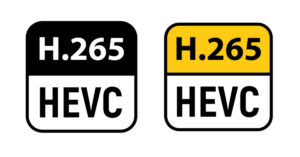 As we noted above, this efficient and widely adopted codec is the current best choice for low-latency streaming. It’s compatible with virtually any device and has additionally been adopted in Blu-ray and cable broadcasting. And although it’s the oldest video codec listed here, it also has widespread support.

Pros: Excellent for streaming, has market share. 10 years of development have worked out most of the kinks and royalty payments are a known quantity.

Cons: No longer the cutting-edge. Not suitable for 4K or higher resolution or HDR (high dynamic range) content.

Developed by MPEG as the successor to H.264, designed to create smaller files and decrease bandwidth, improve compression efficiency, and support 8K resolution. However, due to a number of patents and potential royalties owed, content distributors have lacked clarity on what they’ll have to pay to use this codec. As such it lacks compatibility for browser-based playback. It is however a strong option for HD/HDR video delivery on living room devices.

Cons: Good for premium content–but not everybody needs 8K. Cost issues involving patents and royalties. Lower adoption rate (partly due to royalties), so currently no Chrome, Edge, or Firefox support.

These video codecs were released as an open and royalty-free format by Google. As far as quality and compression rate, VP8 is comparable to H.264/AVC. It’s now a bit of a relic since being superseded by VP9, which arrived in 2013. VP9 is slightly faster and with better quality encoding-decoding. In many cases, the technology supporting VP9 is also still capable of supporting VP8.

Cons: Still slightly less compatible than H.264 across devices and browsers, and unsupported on Apple devices.

AV1 was developed by the Alliance for Open Media (AOM), a joint venture between Amazon, Netflix, Google, Microsoft, Cisco, and Mozilla, who were all frustrated by the royalties involved with H.265. It’s now considered to be one of the best free video codecs currently available, although it’s still very new and has its limitations. It also has been known to require long encoding times, so although the codec is free, there may be increased encoding costs. Apple is on board with the AOM, but Apple devices don’t yet support the codec.

Cons: It’s new and too early to tell if it will be widely adopted.

There are other video codecs out there, but at the moment these are major players! Should you decide to investigate and experiment with other codecs, remember there’s no single “best” video codec (only “most widely used”). The right video codec for your content is the one that will best meet your budget and needs.

An important distinction should be made between “video codecs” and “video container formats” –even though they may sometimes share the same names. Video container formats, or wrappers, are file formats designed to contain specific data including video, audio, closed captioning, and other associated metadata. Containers can usually input multiple types of codecs, however as we pointed out not all playback platforms accept every container or codec. They’re basically storage and shouldn’t be confused with codecs. Containers “open” (allowing the codecs to work) if the device or program supports the codec inside. Therefore, it’s also advisable to use multi-format encoding if you need to deliver content to different platforms and devices.

Typical containers, as noted above, include .mp4, .mov, .ts, and .mkv. 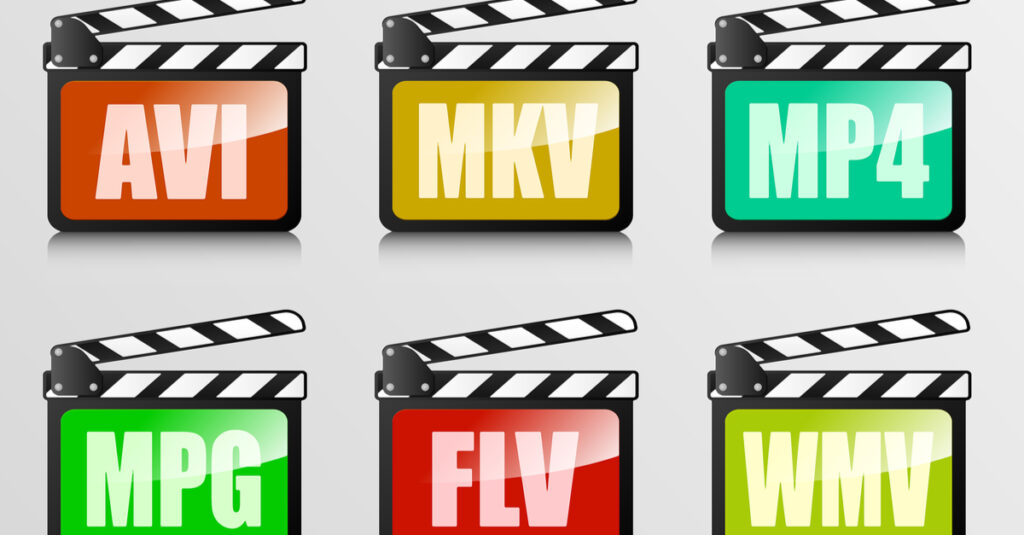 For making online videos and video streams, H.264 or H.265 are great choices—however, they come with an attached cost.

As far as free codecs, VP9 or AV1 are worth looking into. However, keep in mind their limitations and AV1’s relative newness. Also remember that while VP9 is probably the best fit for Google devices, it has compatibility issues and might not be ideal if your target audience is not primarily on Android or Google platforms.

If you’re feeling adventurous, here are a couple of resources that can offer free video codec downloads (as we said, there are a lot of codecs out there) including some lesser-appreciated formats, and forums and information resources for learning more.

In the short term, it seems like the H.264/AVC codec will still be around. The main reasons for adopting a new codec are either to compete in a new device market, to save bandwidth, or to improve viewing quality for delivered content. H.264 is still checking enough boxes to remain in wide use, but it’s worth keeping an eye on developments with AV1 and VP9 over the next year, particularly if you’re in the business of browser-based video delivery.

Finally, there’s also a new H.266/VVC (Versatile Video Coding) codec out on the horizon, and it’s worth watching, but like AV1, for now only time will tell if it can truly surpass H.264 in usefulness.

And two newer MPEG codecs are on their way, one known as LCEVC (Low Complexity Enhancement Video Coding) already released and one more that’s still in development known as EVC (Essential Video Coding). These codecs aren’t relevant…yet. But they could shake things up a bit by 2023.